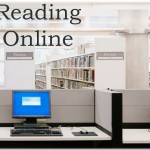 The N.Y. Times article below describes different sides of the reading debate regarding online vs books.

A nice general read highlighting both arguements (though missing some points I believe). Also, I don’t think it should be a debate of “either / or”. Both have their merits and are necessary.

Youth today, read online and there are so many forms of reading now. And reading is much more “information” based and temporal. Skitty and skimming and scanning are what’s up. I think in a very profound sense, our youth are MUCH better readers than we older folk ever were. They read in more ways, they read much more “efficiently”.

BUT, there is the downside of NOT being engaged with character/story as much online. This consciousness changing event, starting with the first mass publication of “novels”, really changed the world more than just the printing press. “Pamela” was the first but this ability to take story out of the oral tradition and scatter it into the quietude of our minds/our own conversation was a seminal event in history (see McCluhan’s Gutenberg Galaxy for a good read on this). I don’t want to see our youth lose this type of engagement.

My own opinion is we must foster both. I really miss my N.Y. Times! In my hands, its smell, texture and how I relate to it as an object. (sounds like I’m in love 🙂 ) But I also like my online reading…..

What do you think about this debate?

From an EFL and learning perspective, I HIGHLY recommend getting and reading Frank Smith’s “Understanding Reading”. All you need, well written, accessible, clear and tells all and destroys so many myths about how we learn to decode and how we interact/use text…… Get this in our bookstore!

BEREA, Ohio: Books are not Nadia Konyk’s thing. Her mother, hoping to entice her, brings them home from the library, but Nadia rarely shows an interest.

Instead, like so many other teenagers, Nadia, 15, is addicted to the Internet. She regularly spends at least six hours a day in front of the computer here in this suburb southwest of Cleveland.

A slender, chatty blonde who wears black-framed plastic glasses, Nadia checks her e-mail and peruses myyearbook.com, a social networking site, reading messages or posting updates on her mood. She searches for music videos on YouTube and logs onto Gaia Online, a role-playing site where members fashion alternate identities as cutesy cartoon characters. But she spends most of her time on quizilla.com or fanfiction.net, reading and commenting on stories written by other users and based on books, television shows or movies.

Her mother, Deborah Konyk, would prefer that Nadia, who gets A’s and B’s at school, read books for a change. But at this point, Konyk said, “I’m just pleased that she reads something anymore.”

Children like Nadia lie at the heart of a passionate debate about just what it means to read in the digital age. The discussion is playing out among educational policy makers and reading experts around the world, and within groups like the National Council of Teachers of English and the International Reading Association.
Today in Culture
Matthew Goode: A rogue’s progress
Watch the children, that subversive is back
A down-home lens on Patti Smith

As teenagers’ scores on standardized reading tests have declined or stagnated, some argue that the hours spent prowling the Internet are the enemy of reading — diminishing literacy, wrecking attention spans and destroying a precious common culture that exists only through the reading of books.

But others say the Internet has created a new kind of reading, one that schools and society should not discount. The Web inspires a teenager like Nadia, who might otherwise spend most of her leisure time watching television, to read and write.

Even accomplished book readers like Zachary Sims, 18, of Old Greenwich, Connecticut, crave the ability to quickly find different points of view on a subject and converse with others online. Some children with dyslexia or other learning difficulties, like Hunter Gaudet, 16, of Somers, Connecticut, have found it far more comfortable to search and read online.

At least since the invention of television, critics have warned that electronic media would destroy reading. What is different now, some literacy experts say, is that spending time on the Web, whether it is looking up something on Google or even britneyspears.org, entails some engagement with text.

Few who believe in the potential of the Web deny the value of books. But they argue that it is unrealistic to expect all children to read “To Kill a Mockingbird” or “Pride and Prejudice” for fun. And those who prefer staring at a television or mashing buttons on a game console, they say, can still benefit from reading on the Internet. In fact, some literacy experts say that online reading skills will help children fare better when they begin looking for digital-age jobs.

Some Web evangelists say children should be evaluated for their proficiency on the Internet just as they are tested on their print reading comprehension. Starting next year, some countries will participate in new international assessments of digital literacy, but the United States, for now, will not.

Clearly, reading in print and on the Internet are different. On paper, text has a predetermined beginning, middle and end, where readers focus for a sustained period on one author’s vision. On the Internet, readers skate through cyberspace at will and, in effect, compose their own beginnings, middles and ends.

Young people “aren’t as troubled as some of us older folks are by reading that doesn’t go in a line,” said Rand J. Spiro, a professor of educational psychology at Michigan State University who is studying reading practices on the Internet. “That’s a good thing because the world doesn’t go in a line, and the world isn’t organized into separate compartments or chapters.”

Some traditionalists warn that digital reading is the intellectual equivalent of empty calories. Often, they argue, writers on the Internet employ a cryptic argot that vexes teachers and parents. Zigzagging through a cornucopia of words, pictures, video and sounds, they say, distracts more than strengthens readers. And many youths spend most of their time on the Internet playing games or sending instant messages, activities that involve minimal reading at best.

Last fall the National Endowment for the Arts issued a sobering report linking flat or declining national reading test scores among teenagers with the slump in the proportion of adolescents who said they read for fun. Full Article here!