Siftables – A Future Tool in Our Classrooms! 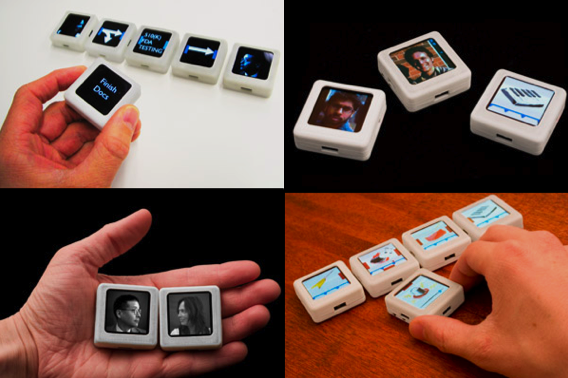 I’ve been engrossed of late with how I might use voice recognition technology in the language classroom. I might test drive it this semester — I’ll walk around the classroom “wired” and as I speak, all the students will see it come up in script on the screen.

This really isn’t intended for the very fluent teachers I teach – rather, for the very young learners of any language who usually acquire oral fluency before that of reading and writing. But imagine if we could bridge the “co-articulation” gap — the fact that it is so difficult for a “viewer/reader” to initially know what the text represents (because the text is not of his or her meaning set)? Imagine if what the student sees as script is in full bloodied, real context. Or even better, if what the student sees as text is from their own theory of the world, their own production? No figuring out needed! Within a short time, they’d pick up phonemic awareness (linking sound/letter/spelling unit) and it would be off to the races. So many who struggle with reading in any language could be helped!

So I’m thinking, researching and not finding ANYTHING out there. I’ll have to promote this myself. If you know of something similar, let me know. However, I’m not alone. I recently came across Shiftables. They are little intelligent blocks that really suggest a revolution in language instruction and study. A real tool for student centered and participatory/active learning. The classroom as a sandbox.

I won’t over explain. Watch this great talk yourself and imagine all the possibilities for us teachers!