Okay, it has been 6+ months (and 1,200 tweets later)  that I’ve been on twitter and prompted by a discussion I had with my  Practicum students about this medium (I was urging them to form/make their own PLN) – I have to speak out.

I definitely have a love / hate relationship with twitter. It is like a one of those friends you so love for their excited demeanor and energy but also hate because there are times you just can’t stand how chattering and vain they are. 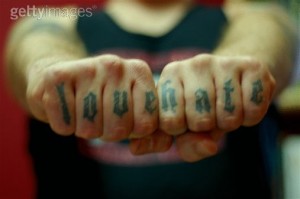 I have been using twitter since the start. But only impersonally for EFL Classroom 2.0 and what I consider my major achievement for ELT – Twitter Jobs (all the jobs over the net come to one place using simple pie aggregation and my knowledge of slicing/dicing rss). I also promote twitter for ELT through the ELT Twitter page that many new educators use to get a kind of understanding of Twitter.

I recognized its value right from the get go and along with Voicethread, it gets my “first decade of the 21st century tool for educators” award. Twitter allows access to knowledge, dispersion of knowledge and information. THIS no matter what anyone tells you – is the role of education – ACCESS TO KNOWING/KNOWLEDGE.  There is a reason every school had a library and there is a reason every teacher should be on twitter…..

However, to make a long story short, I was coaxed by a few people to use twitter in a more personal fashion. I agreed and entered the fray as ddeubel. I do believe in utter transparency and also in being “personal” so this allowed me to be more transparent toward twitter.  And in this belief, I’d like to give my own + and – report on twitter. You may not agree but that’s okay – just like on twitter, you don’t have to follow and can vote with your mouse! But this is how I feel.

4.  Twitter focuses on people. And yes, at the end of the day, we ARE human and despite keyboards, memory boards and monitors – there is a loving, tender and REAL person there. Twitter brings that out in shortform.

5.  Twitter doesn’t cost. Yeah, obvious but so important. If and even WHEN they start with an obtrusive business model/approach – I hope people will leave in droves. Twitter, if they want to make money should approach governments (read: the people) for support to keep it open and accessible. False idols proposed as I’ve recently read – will not do.

So now let me count the ways I hate thee O twitter!

1.  People who tweet about their recent post more than once. Okay, we got the message/mail/tweet. Shut up.

2.  Vote for me. This drives me nuts. Twitter is not your means to be loved/liked/adored.

3.  Idle chatter. Yes, I like what you tweet but then you go off on these long love in things with others that just can’t be ignored but which drive me up the wall.  I unfollow all those who treat twitter in too light a fashion and as a means of “chatter”.  I’m most disappointed in many of the  big names of ELT who mostly partake in such shallow public chit chat. Give me the BEEF or tweet up.

4.  You don’t follow me so I won’t follow you. So many play this assinine game and I really don’t even need explain why it is something I hate. Plain wrong. If you need to be loved – don’t go to Twitter for it!

5.  Telling others what you are doing. “Hi, I’m right now waiting to board a flight to this conference….” or “just letting you know I don’t like the view in my hotel room”. TWEET UP! Get a life.

5b.  Twitter as a vanity mirror. Yeah, it can really suck you in. Look at me, look at me! And pretty soon you don’t even know you’ve fallen and are drowning in its waters…… Every now and then give twitter a good smash and put it in its place!

There is a lot more that I could go on with – about my love hate relationship with twitter.  I’ll stop, this has been enough.

If though, like me, you love information – I recommend just following these two Titan tweeters. Larry Ferlazzo and Tonnet