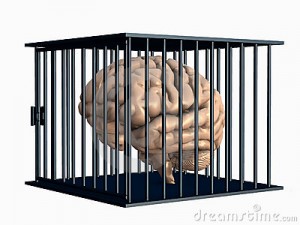 I grew up on a farm, always outside, always with dirt under my finger nails and a pulse that mistrusted intellectuals. Pencil pushers we called them. This despite the fact I always had my head in a book when time would be so kind, this despite my own “airs” and pseudo intellectual pretensions.

As I grew older, I realized a lot about the power of knowledge. Libraries were like my second home and I knew they were a portal to somewhere better, some place “more”. Gyorgy Faludy, one of my “book” mentors called libraries, “the headquarters of civilization”. He was right, they allowed any and all, free access to information and knowledge. They were the headlights of the enlightenment.

Civilization is a thin film. The heart of darkness is always encroaching. Progress, advancement, development, economic growth depends on greater and greater access to information, a wider dispersal of information. The cars we drive, the rockets we shoot into space – all this is because of the free and to a minimum, unfettered access to information and knowledge. Access to knowledge is so important for the health of this planet. It really is, I’m not over exaggerating.

The one I’d like to talk about however is access to higher knowledge. As a professor, I can go online and get any and all the  information I want. All the papers, references, reports I need. But what happens when I am no longer a professor (in a month this will be the case)? What happens is that the water hole dries up and I begin to die. Even some universities too are cutting back on access to academic journals because of cost. Talk about a train without any diesel!

Online academic libraries, Highbeam, Sage and the like, are like fortresses where academics hide and knowledge/light never seeps out.

Academics are captive minds. Servile, they sit in an old system of publishing while the  publishers make money off their “academic work”.  Charging heavy fees for access so that unless you are in “the boy’s club”, you won’t get this/that knowledge. You’ll be outside, looking in.  Even the authors who publish get ripped off – very few can afford to read their work. The only option is to go “trash time” and publish something sensational and non-academic.  The door is even tighter – once you publish, the publishers retain the rights and you can’t even put it online if you wanted to (or face the wrath of the “dream police”.).

Here’s what happened to Dana Boyd;

On one hand, I’m excited to announce that my article “Facebook’s Privacy Trainwreck: Exposure, Invasion, and Social Convergence” has been published in Convergence 14(1) (special issue edited by Henry Jenkins and Mark Deuze). On the other hand, I’m deeply depressed because I know that most of you will never read it. It is not because you aren’t interested (although many of you might not be), but because Sage is one of those archaic academic publishers who had decided to lock down its authors and their content behind heavy iron walls. Even if you read an early draft of my article in essay form, you’ll probably never get to read the cleaned up version. Nor will you get to see the cool articles on alternate reality gaming, crowd-sourcing, convergent mobile media, and video game modding that are also in this issue. That’s super depressing. I agreed to publish my piece at Sage for complicated reasons, but…

I vow that this is the last article that I will publish to which the public cannot get access. I am boycotting locked-down journals and I’d like to ask other academics to do the same.  Continue and read her thoughts about this issue.

Here’s a nice practical description of the academic journal racket and the havoc it wreaks on the dispersion of knowledge/information.

This is not healthy, that’s not what makes for economic or social progress. The internet potentially allows for everyone to be able to access information and they should have that access. You might call that “entitlement” but I call it a human right. I want the most possible to read the most thoughts possible. It is this democratic demographics of discourse which we must aim for…. But it is hard to even talk about this sanely — people are making money off of this.

Google books has made some headway but in the area of academic research, it remains a wasteland and desert.

I’ve published and been read and then forgotten by 30 – 40 people.  Why bother anymore when I can post my research and papers online and have them read by thousands, even tens of thousands? So that’s what I’m going to do. No more sleepy book stuff. I’ll put it up and let everyone advance, not just the guys in the boy’s club or those who can pay Highbeam or whoever “x” dollars / article.  Let’s stop publishing and letting ourselves become “captive minds”.

I believe in a free mind, not that captive mind, the servile intellectual, as first described by Czeslaw Milos. Let’s all start having the courage to “walk the talk”. Go here to see the first of many articles I’ll be putting up for “public” and “profitable” reading….  Ecrasez l’infame was Voltaire’s battle cry for the enlightenment. Mine too.