The Summer of my Discontent

“Living is an affair for those who turn on the ovens”

Believe it or not – I’m usually a very positive guy. In life, in the classroom and online. I’m accused often of being too positive and forward looking, being naive and idealistic. I used to take those condemnations and wear them as a badge of honor. Optimism is my Pascal’s gambit – there is no “win” in being negative so all things being equal – I’ll be happy.  NOW, I’M NOT SO SURE IF I’M RIGHT. 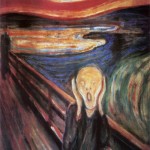 What do I mean? Well let me explain, using just one recent example that has led me to my summer of discontent.

I put heart and soul into “getting teachers the goods”.  Four or five years ago, I saw the future of Web 2.0 and started sharing resources and forming professional community online. Truly, I said to myself, “David, you make good money, you aren’t starving, this is what you are good at – pay it forward!”  So, I optimistically started and built many websites, platforms, applications for teachers and students. I shared and made thousands of resources and spoke in a thousand conversations (this blog is but a drop compared to what I write in forum discussions). I really TRIED my best to give what I got.

Now, to get to the point – my idealism got the best of me. During these 4-5 years, corporations have started to “consolidate” the wild, wild web. Consolidate is code word for “control” which is a code word for “squeeze money out of those online”. This is not just in education.  I’ve become caught up in it.

Ning recently sent me this email for the umpteenth time….

Now you see – when I created EFL Classroom 2.0 and it “popped up” – it was under a TOS (terms of service) whereby I had control of the content and community. Ning sold me on this. They offered the “platform” but I controlled the code and the ability to transform, change and develop based on this. They also provided many free networks and said the world had changed – now anyone has a voice!

So I built many communities. 10 in total – 2 of which I paid $19.99 a month for. I put up content, spent days designing, spent days promoting and now they will all disappear. All of them. And along the way, Ning just kept changing the TOS on a whim, just kept making changes that kept putting a noose around those like me who believed in their “vision”. Over the years you could do less and less. Now they are hanging a whole lot of people. The noose just isn’t tight, they are pulling the lever. Here is just one of my communities that will be gone.

What I’m saying in a nutshell is that this is but one example of what is coming to the web. (see the comments at this article – The Death of the Open Web or the detailed explanation at The Web is Dead. Where there weren’t any walls – walls are being built each day. In education, we think of the possibility of the internet but I now, discontented see a prison being built. I don’t exaggerate. It is happening each and every ticking second. Companies are pulling in valuable teachers and one day they will spit them out or corral them as the walls close in.

People tell me – there is no such thing as a free lunch. Well, there is for these corporations such as Ning. They wined and dined us with “free” and now they are whistling to the bank. “The loss” is the free flow of information – which is to wit – the basis of all our prosperity and wealth.

I don’t begrudge companies or individuals making money online. They should be profitable. Just don’t change the rules of the game while playing. That’s disgusting.  So be warned everyone – there are a lot of companies doing the freemium thing and they WILL change the rules.

When discontented, I turn to poetry. I’m losing all my thousands of hours of work. I’ll remain positive, in some way, like my friend Basho who sang,

My barn having burnt down

I could now see the moon