Then 10 commandments of bearing and being a social network 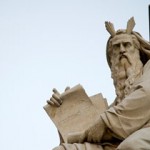 I’ve spent A LOT of time on social networks. Probably much more time on forums (which I also consider SNs) than with blogs and the normal SN communities. It isn’t easy to create a successful community that is free and without pretense. And, with doing the time, comes some insider knowledge – some wisdom that everybody that’s done time garners.

Here, I will share in 5 posts, the notes of my mind, the crumbs and scratchings and conclusions I’ve arrived at through “doing time”.  Let’s go!

Nobody, not even YOU, owns a social network.

Often I get introduced as, “the guy who owns “xxxx”” Couldn’t be a more inaccurate and false statement about me. Even, “created” would be wrong. SNs are alive, they aren’t built but nurtured and inflamed. I’ve learned that SNs are about thought and process. They aren’t static commodities like houses or even your next meal. They are atoms that twirl and spin and most importantly collide. There is no hiding from this fact – you may have started the fire but it is for others to throw wood on it, to continue the inhertance. If anyone “owns” a SN, it is those of the moment, who are stoking it. Not the guy with the face and the idea. It is like giving birth. The moment it/he/she is born, they are no longer yours. This also means, like human “beings” , you can’t buy, sell or trade in SN commodities. Merely abandon (with the necessary condemnation).

Paramount to the success of a SN is that there is a cop. But a cop that knows the line and doesn’t blather. A cop that keeps the atmosphere correct. I’ve been on so many SNs which are full of expletives and “he said, she said”…. Full of adhoc and whimsical  deletions of posts. This isn’t right, it is ungodly. Let most go but know your limits and then CLICK goodbye. No explanation given – they’ll know.