Memory and Language – an experiment.

I’ve always been fascinated by the role memory plays in language acquisition. It isn’t a straight forward relationship (better memory = better fluency) however, looking at student “2nd language memory” does allow us teachers in a very crude way, to gather knowledge about student fluency.

There is a lot of research on the subject, no better place to start than the Journal of Memory and Language. Highly technical and it’ll cost unless you are employed by a university with access. However, lots there.  I’ve collected some bookmarks that have some general articles on this topic and cognitive linguistics.

For the lay teacher like you and me, the issues revolve around working and stored memory. Also issues to do with the right and left hemisphere (where language is contentiously said to “reside”)  and brain plasticity in general.

But this isn’t my reason for posting (other than to jostle some curiousity). I’m posting because I have a request. I’d like some teachers to try out the following experiment and then report back. The experiment is based on my own observation that student fluency is directly related to short term memory recall of language items.

When I first began teaching I was given leveled classes and a busy schedule. Evening classes. Inevitably, the school owner would come to me between class breaks and just before classes, asking me to “test” a student, so we could put them into the correct level of class. I was always rushed and didn’t have  a lot of time to spend with them. I had to get a system for quickly discerning their level but which wasn’t so subjective and cursory. What to do?

I started having them do the normal quick placement paper test. In addition, I talked to them for 5 min.  Socially and then using a photo, asking progressively more difficult questions. Once they began making mistakes in both form and function/meaning – I’d knew which level they’d be put in. This still took a long time! I just couldn’t do all that, every day and still prepare for classes and have some downtime to recuperate between classes. What to do now?

So this is what I did and it worked. I’d like you to repeat the experiment and give it more validity (or destroy its validity!). It would also make a great MA thesis, if anyone needs one! Give the student who needs to be leveled a short story, one paragraph long. Here’s a sample.

John is 21 and studies math at university. He lives with 3 other students in a 2 bedroom apartment on the 5 th floor of an apartment building, outside of the city.  Every Friday he does the shopping. He buys a lot of pasta and rice. He also likes meat pies and potato chips.  His budget is usually $45 per week. Sometimes, he buys ice cream. He never buys candy.  He walks to the grocery store which is about 6 blocks from his home, near a park. If it is raining he takes the 618 bus which takes about 5 minutes.

Let the student read it for only 1 min (or you read it to the student).  After the student has read the passage, ask them some  recall questions. {What is his name? What day does he go shopping? How much does he spend? What does he never buy? How many students does he live with? etc…}

The hypothesis to be tested is:    Is the amount of immediate information recalled (remembered)  by the student related to their language level? If so, how close is this relationship?

My contention and informal findings are that memory is related to language fluency level.  All students understand everything in the passage for the most part – however, only higher level students are able to store the information (because they aren’t focusing on form so much – this is related to Van Patten’s input processing hypothesis (1992), that meaning and form cannot be attended to at the same time by second language students). This test/experiment  might be a very objective and quick way to give a placement test. Much more accurate I believe than the present day tests which are very elaborate and thus, due to this complexity, allow students to “trick” the test and cause problems in validity.

What do you think about my experiment and the relationship between working memory and language fluency level? 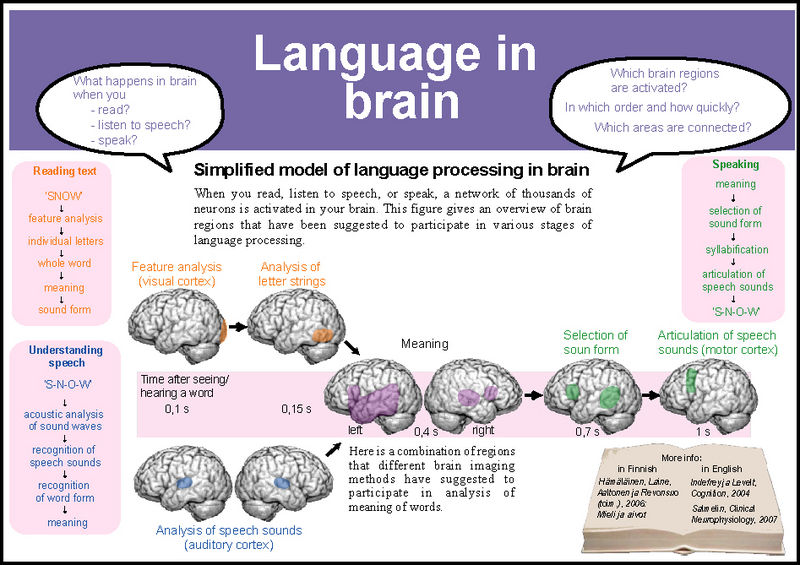