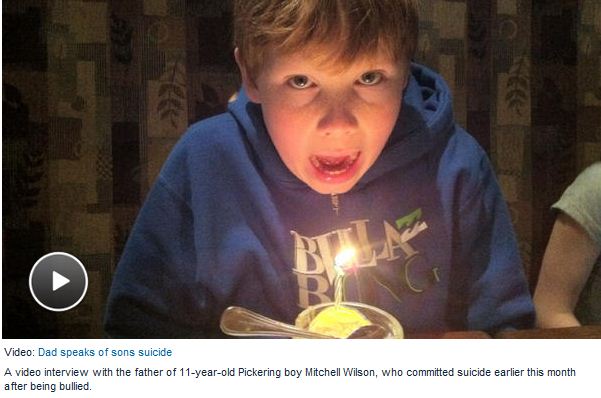 This week has been filled with violence in our schools in this part of the world. But really, just business as usual, only a little more press than usual. The case of Mitchell is one sad story of many.

As an educator, I’ve been following the whole issue of bullying/cyberbullying for quite a few years. I’ve always felt that even though schools and governments are spending a lot of resources and energy to “do something”, they are missing the mark, by far. The evidence that this behavior, so tragic, too often, continues, is evidence that schools are failing. I’d even go so far that they do share in the blame for the deaths of many students.

Yes, hard language, hard rhetoric. But I feel strongly about this. We are doing enough but we aren’t doing the right things. We got to change that. What should we do “right” and change, perhaps saving lives?

Danah Boyd, someone who studies teens and whose work I admire, so strongly and adroitly declares,

“For most teenagers, the language of bullying does not resonate. When teachers come in and give anti-bullying messages, it has little effect on most teens. Why? Because most teens are not willing to recognize themselves as a victim or as an aggressor. To do so would require them to recognize themselves as disempowered or abusive. They aren’t willing to go there. And when they are, they need support immediately. Yet, few teens have the support structures necessary to make their lives better. Rodemeyer is a case in point. Few schools have the resources to provide youth with the necessary psychological counseling to work through these issues. But if we want to help youth who are bullied, we need there to be infrastructure to help young people when they are willing to recognize themselves as victimized.”

Read her article in full. Something everyone working/concerned with our youth, should read.

She outlines more things we could do better. They include getting students to take control of doing something about this and stopping the adult moralizing. Providing places for victims to turn to, without consequences.

I say we need to go further, do much more. We need to use schools as crisis centers for the violence of the wider society. It IS that bad. Many say our society isn’t violent. I beg to differ. We don’t see it because so much is “sanctioned” and “okay”. From UFC bloodfests, reality TV shame shows, army games both real and virtual and I could go on and on…. I accuse – bullying is only a smaller version of our wider society and that it is so prevalent, is an indictment.

Let’s keep changing things through small steps in our schools and think more about how our schools fail because we as a society are failing.