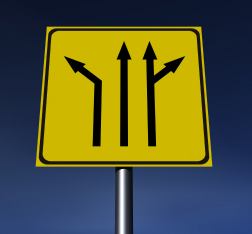 I’ve been thinking a lot about “free will” and the nature of the choices we make – both in teaching and in life.

Recent research, especially since the famous Libert experiment, suggests we make decisions before we even know we make decisions. Meaning, something, a “ghost inside the machine” is controlling us and that free will according to most neuroscientists, is an illusion.

Big claims. Big ideas. And what does this have to do with teaching?

Teaching is very transactional in nature. We make thousands of decisions during the teaching day. This is the “art” of teaching. Some studies suggest we make on average over 3,000 decisions / day – that’s around 7 or so a minute. Up there with stressful jobs like air traffic controllers and athletes on the field. Teachers are “decision beasts”. But what does this research saying to us, your decisions don’t matter, they are all preordained, what does this research mean to a teacher or student?

I think it points to the fact that freedom, free will, is by nature, “negative”. We humans make decisions based on “no” and not “yes”. Oscar Wilde’s famous dictum that, “The true freedom of man rests in the capacity to say no”, rings true.

I remember reading Isiah Berlin, a very underrated philosopher who pointed towards this same kind of negative freedom of will as being primary. (his “The Power of Ideas” is well worth reading). Our freedom is realized through interventions – that we “not” do certain things. This fits well into what a teacher does. They don’t so much make choices as negate certain choices from occurring. They break into the normal routine and outrolling of human social behavior and push it in new directions. Teachers don’t control the water in the river, they can’t decrease this water’s flow. However, they can throw things into the river and effect its direction, speed, course…..

I see the same sort of thing happening in the language student. The student takes in so much input but won’t make progress unless this input is “negated”, unless the student says, “No” to this language form/item. This partners well with the notion that language awareness, “noticing”, is so powerful and not until then, does a student learn from language input. You can spend years in a room listening to seemingly meaningless sounds and babble. But once you have a piece of the puzzle, some foothold of meaning, you can say “No” to the flow of language and begin to direct its course and find the true “flow” and “path” that is fluency.  This is why I’m a big believer in the power of instant feedback through invasive technology – something EnglishCentral does well. Giving the learner an instant comparison of their language pronunciation and form against a model. Based on this, they can express their “Free Won’t” – saying in effect, “I won’t make that mistake again!”.  Noticing.

If this all seems abstract and rambling, it is! I’m jet lagged and using my blog as a sounding board and reflective source of knowing. In any case, it is something to think about – that learning is not saying “yes” to information but rather the ability to discriminate discrete units of information and realize our freedom through the fundamental power of “Free Won’t”.