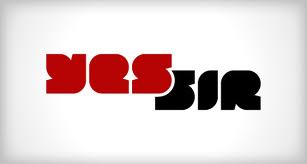 Yesterday at the gym, in sharp succession, was called “Sir” by two young men (probably high school age). One replied, “Yes, sir” when I asked if I was going in the direction of the change rooms. The other banged the door into me and gave me a curt, “Sorry, sir”.

When I’m called Sir, I’m always in shock and it got me thinking – how does it vary around the world, the use of this honorarium?

For me, it is a sign of getting old but also something much more. I get called “Sir” in all sorts of situations where I wouldn’t have thought it would be used. I had really thought that it was going out of fashion and actually remember telling students overseas that it was inappropriate to use. Ha, little I know! Seems well used in my part of the world – Central Canada. What about in your part of the world? Do you teach students that this is a “living form” of English.

I’m curious because forms of politeness are always changing and I had thought this one was being buried, it was supposed to be gone with the decline of the British Empire! Seems however, it has lexical endurance. I work with quite a few Filipinos as part of my tech work and they are always using “Sir”. I’m sure that it isn’t just with me!

Wikipedia curiously enough, says it is a term used with educators.

Sir is an honorific used as a title (see Knight), or as a courtesy title to address- a man without using his given or family name in many English speaking cultures. It is often used in formal correspondence (Dear Sir, Right Reverend Sir).
The term is often reserved for use only towards equals, one of superior rank or status, such as an educator or commanding officer, an elder (especially by a minor), or as a form of address from a merchant to a customer.

But I’m not so sure, how common it is in classrooms or with teachers. I do know though, it is used with anyone where there is a big age difference and a power difference. At least that is my experience.

But it still bothers me when used. Does it bother you? And what about “Ma’am”? How do females feel about that? Is it commonly used, is it “alive and well” in our descriptive lexicon?