Stories From The Trenches 3 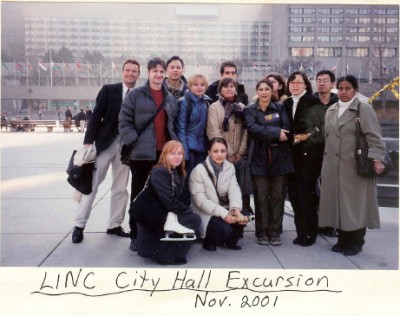 In the mid to late 90’s I was teaching new immigrants to Canada, downtown Toronto. It was a government program and all new immigrants with lower level language fluency would get paid for up to a year, if they regularly attended language lessons. I’ve written previously about this, here.

It was a great time. Friday potluck dinners with dishes from every corner of the globe (I mention this first since I’m such a gourmand). Bright-eyed, enthusiastic adult students that were like little lost puppies and us teachers, their new Canadian stepmother or father. Often, us teachers were their first friends, the first Canadian they got to know well.

One day, I was teaching a standard lesson using a required video from immigration Canada. I hadn’t watched the whole video prior, just parts. But it seemed safe enough – it showed new immigrants being interviewed at the airport by government officials and then other interviews after arriving.

During the video, one of the students, a quiet Vietnamese man left the room quickly. I was wondering what was wrong, it wasn’t what he’d ever do. He was a dedicated student, to the nth degree. His sister quickly followed behind him, rushing after him. I didn’t understand what was happening but followed them out of the class.

In the hall, I found him crying and his sister holding him. He was visibly upset and shaking. I caught the eye of his older sister and then left them alone, in this private moment.

Later, I found out the problem. They both (and I apologize, I can’t remember their names) were refugees who had spent over 7 years in a crowded camp in Hong Kong before coming to Canada. During that time they both had worked very hard to study and get an interview to enter a Western country. Finally they got an interview with Canadian officials. However, during the interview, the brother was so nervous he couldn’t speak very well, he stuttered and had terrible difficulty communicating. The officials were also not too kind. He left the interview quite scarred and thinking he’d blown their chances. Luckily, they were accepted as refugees.

After this, I was always very much more on the ball about trying to find out more about my students. I know you can’t know everything but you should try – we teach students, not subjects or topics. Further, and I always stress this when I do workshops about using video, always watch all the video before showing in class. Watch it with a thought towards your students and how they’d view the video. Lastly and most importantly, it made me see how powerful a thing language is, even a second language. Our identity is so wrapped up in it, it is a conduit for power and expression. There are some languages, like Vietnamese, like Japanese, where it is so very difficult to form the sounds of English. So very difficult to speak so you’ll be understood. This can be very discouraging and even traumatic to students who despite their hours and hours of practice, can’t make any ground and be understood better.

I often wonder how they are doing – this brother and sister that overcame so much and worked so hard in my classes. Worked so hard and taught me so much.