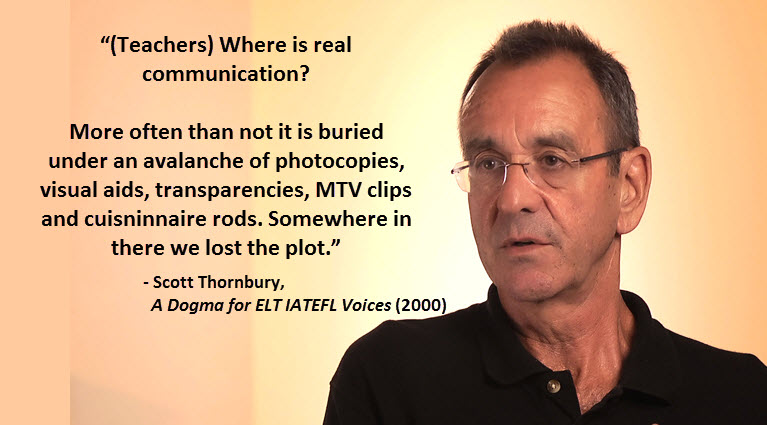 I recently came across this  blog post about Six highly provocative quotes in ELT, from the 6 things blog.  So I thought I’d highlight these sparkling quotes again but also add my own to compliment. A challenge to my own linguistic soul.

I love a good aphorism and though these are all thought provoking, they somewhat lack the punch and umphapha that Nietzsche would have imagined. I guess that is par for the course. There are lots of great academics in EFL / ELT / ESL but not many great “thinkers” IMHO. I guess that’s why Chomsky stood out so, standing on the shoulders of midgets….

Okay, I’ve had a few glasses of wine, as you can divine.

Find the quotes here below and my own offering in their regard. You be the judge – who said it better. And remember, “imitation is the sincerest form of flattery” (flattery – to make something flat….). If interested in some more “sane” quotes, try the 50 quotes for teachers.

1. Jenny Jenkins “There is really no justification for doggedly persisting in referring to an item as ‘an error’ if the vast majority of the world’s L2 English speakers produce and understand it.” The Phonology of English as an International Language (Oxford University Press, 2000)

2- Scott Thornbury “Where is real communication? More often than not it is buried under an avalanche of photocopies, visual aids, transparencies, MTV clips and cuisninnaire rods. Somewhere in there we lost the plot.” A Dogma for ELT IATEFL Voices (2000).

Me “I don’t know who suffered more, the tree or the teacher using that textbook…” OR “There is more communication in a roll of toilet paper than 150 pages of exercises in swiping.”

Me “Brevity is the soul of wit and also the start of most good teaching.”

4. Rose Senior – “The low status of teaching in general, and of English language teaching in particular, coupled with the ease with which people can train as teachers and find jobs, is reflected in the ongoing debate about whether or not English language teaching can be described as a profession. The overwhelming consensus of opinion is that it cannot.” The Experience of Language Teaching Cambridge University Press 2006

Me “The oldest profession is that of “need” – which fortunately for many a language teacher, involves multiple languages and more “need”. OR “If I had to choose between a job teaching standing up or a job teaching laying down – I wouldn’t choose either. I’d opt to be the pimp or a publisher.”

5. Robert Phillipson – “…Fragmentation and marginalization are two of the four central processes in imperlialism, along with exploitation and penetration. ELT fits into the overall pattern of imperialism in every respect.” Linguistic Imperialism, Oxford University Press 1992

6. David Graddol – “Although EFL has become technologised, and has been transformed over the years by communicative methods, these have led only to a modest improvement in attainment by learners. The model, in the totality of its pedagogic practices, may even have historically evolved to produce perceived failure.” English Next, British Council 2006.

Me “There is a sucker born every syllable.” OR “What a learner won’t do for themselves, a teacher will definitely step up and take credit for…” OR  “English is a language with an army of advertisers.”

“Learning English is like ice fishing for shark when naked. Everything is attracted but everything bites. You got to keep the worms warm!”