5 lessons for educators from “McFarlane” 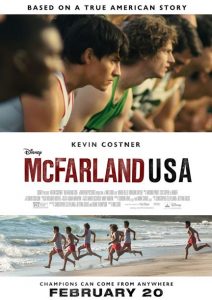 A number of years ago I wrote a post titled, “5 lessons for educators from “The King’s Speech”.  It was well received and today I thought I’d write a few similar thoughts after watching the movie, “McFarlane“.

I totally expected the movie to be a waste of my time. First, it stars Kevin Costner and I can’t stand the guy. Second, it’s Disney. Enough said. However, I thought I’d give it a shot while running my long Sunday run on my treadmill. It’s about a high school cross country team and a coach – something very close to my own past and heart.

I was a young, poor, mixed up kid in high school. Running saved me. My coaches saved me.  But that’s a another story ….

It’s a movie about a lily white, “entitled” teacher who gets castaway to a poor Hispanic town and high school – McFarlane.  He’s hit bottom.  The town is filled with families  picking California’s produce. School is secondary. The fields come first.

The movie pleasantly surprised me. Sure, it had the usual Disney syrup but the characters rang true and the story was inspiring. Especially in this age preaching division and castigating Hispanics and those who bring food to our table every day.  But as I watched, I began reflecting on my own teaching career and the “coach  teacher” in the movie and how there were so many lessons in the movie for teachers.

So here are the 5 things that really hit me and might you.

As Mark Twain said, “Don’t let your schooling get in the way of your education”.  Meaning (to me) not only that education is got in the wider world but that schools need to “educate” the whole person, not just fill them with knowledge.  We’ve lost track of that and how important a role a teacher is as a mentor, a role model, a carer who molds a young person’s character and heart. Teaching isn’t just about teaching facts and skills and then checking the answers. It’s listening to real problems students have, wiping their noses, holding their hands, guiding and showing you are committed to them as a whole person – not just their brain. And in doing so, we teachers become better, greater and more fulfilled.  We keep what we give.

In the movie Mr. White shows his Hispanic students that he’s human and cares. He saves one kid from jumping off a bridge. He picks cabbages in the field with them. He isn’t just a guy who comes in at 9 am and leaves at 5.  Even at school, he “does the right thing” and shows students he has their back – despite the system in which they are entrapped. 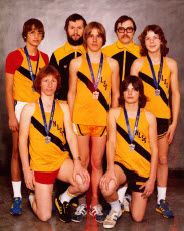 2. It takes a community to raise a child.

Further to point 1 – teaching is about the wider community, not just school. A school should not be an isolated “jail” to babysit students. Rather, part of the community an open door and involving all stakeholders.

In the movie Jim White learns this totally, completely. It’s why he doesn’t leave at the end of the movie, he’s part of a bigger family, the community. And the school is better for it.

Mr. White has lost several jobs prior to ending up in downtrodden McFarlane. Why?  Well there are many proximate reasons – anger, personalities, philosophy but the real reason is that he hadn’t found the school which he was suited. He wasn’t a bad teacher. He just hadn’t found the place that fit his particular skill set and teaching beliefs.  Teachers really need (if possible, I know life gets in the way) to chose their school carefully and find a place that is comfortable and allows their particularly teaching qualities to shine.

4.  A little success goes a long way. Yes, focus on what students CAN do, not what they have difficulty at. Too often school is all about thrashing kids around the head with frustration not about cheerleading them with success.

In the movie, the students are playing football but they aren’t good at it. It’s just something that the school imposed on them and which they had to do to get any respect.  What they were really good at was running!  And boy, when they got some success through running, how they were transformed inside and out.

In school, we have to slow down and let students be successful. We need to offer them more options to be successful by not trying to have one size fit all.  If a student loves “bats” why can’t they do math with bats or learn English by reading about bats or for that matter ecology also?  See Kiernan Egan’s  Learning In Depth for some interesting thoughts about this.  But the basic fact is – school should be a place of success, not failure!  Too often, that is not the case.

5. Teachers are there for those less fortunate.  In the movie Mr. White struggles at first working for such a “poor”, degrading school.  He finally gets a job offer to a high ranking school with all the perks. But what does he do?  He stays there!

He learned that the proper role of a teacher is to help those who can’t. Those students who can, will find their own way to learn, to succeed. But the slower learners, the students with emotional problems – we are there for them, to teach them, help them. That’s the proper place of a teacher.  Forgive my social reconstructivist leanings but I’ve come to this truth the hard way …. Teachers should focus on those in need of our “service”. If you just have services to offer – sure, then go to the highest bidder.

I’ll mention that the movie would be a good one for students to watch. They could and will relate. Maybe even an opportunity to discuss with students problems and concerns at your own school. Here’s the trailer for the movie – it’s available on Netflix.

PS.  Here is a past post about my own coach – so much like Mr. White in McFarlane. In over his head but who made such a big difference in a forgotten part of the world.